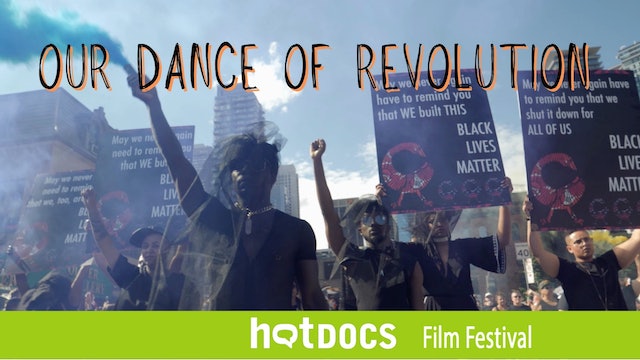 Our Dance Of Revolution

“But this is an important, ground breaking movie. See it with an audience that’s bound to be passionate and proud.” - NOW Toronto

Our Dance Of Revolution is a documentary that tells the stories of Black queer folks in Toronto. Throughout history the community has and continues to face adversity and marginalization that ranges from being made to seem invisible to more obvious forms by way of police brutality. Starting long before the formation of Black Lives Matter - Toronto, the film chronicles four decades through personal accounts of those who came together and found themselves through the bold community, and who gained their strength through one another that allowed them to forge a path for those that came after them. Highlighting the unofficial hub at 101 Dewson Street in Toronto, and the many individuals that passed through and called the house home, and told through the perspective of activists Angela Robertson and Douglas Stewart, this award winning documentary sharply captures the over 40 years of history of Black queer activism in Toronto, that not only allowed for change and resistance but also prioritizes joy and happiness.