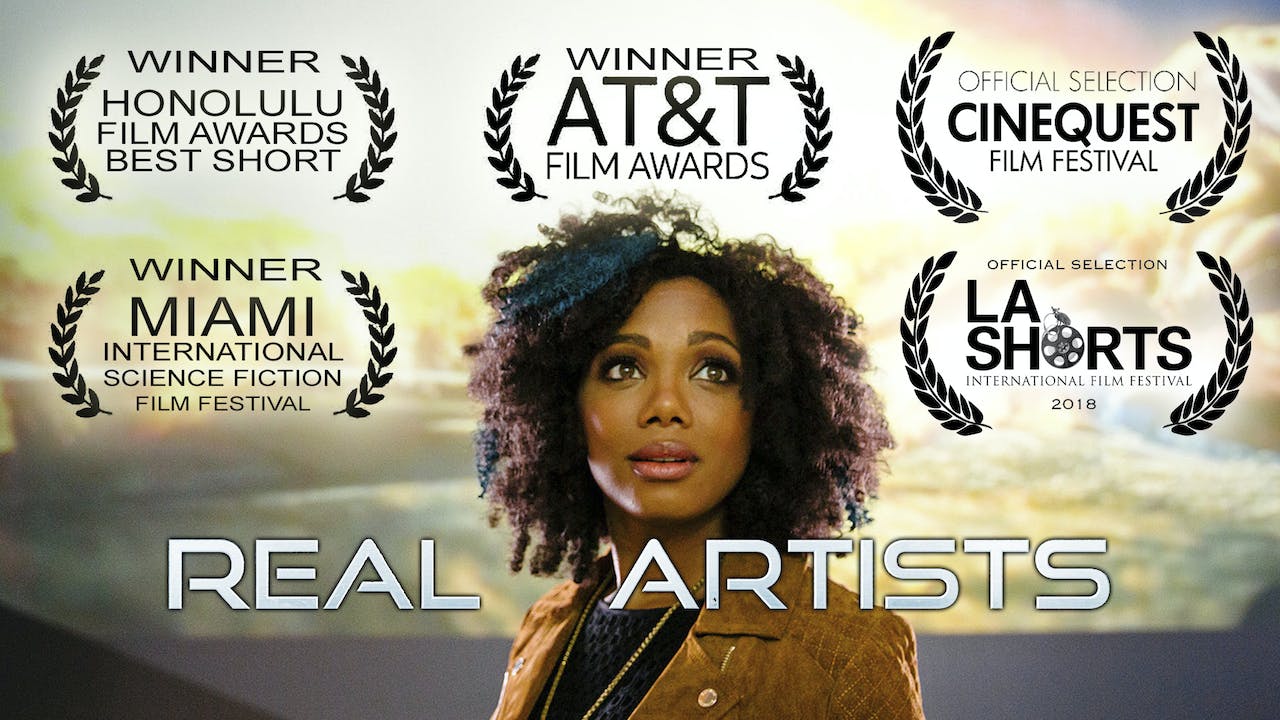 Against all odds, Sophia Baker just scored her dream interview at the world-famous Semaphore Animation Studios -- who’d have thought a fan edit of one of their hit films could land her a shot at a job? But when she meets arch, mysterious executive Anne Palladon, she soon learns all is not as she expects behind the curtain. Every instinct Sophia has ever had about art in filmmaking is about to be challenged.

Based on Nebula, Hugo and World Fantasy Award-winning author Ken Liu’s short story of the same name, Real Artists asks a poignant question: In a dystopian near-future where big data, AI and natural language processing learn and create quickly and at massive scale, what role can a single artist play? Is Sophia a creative rebel who can make a difference? Or is the situation more serious than that?