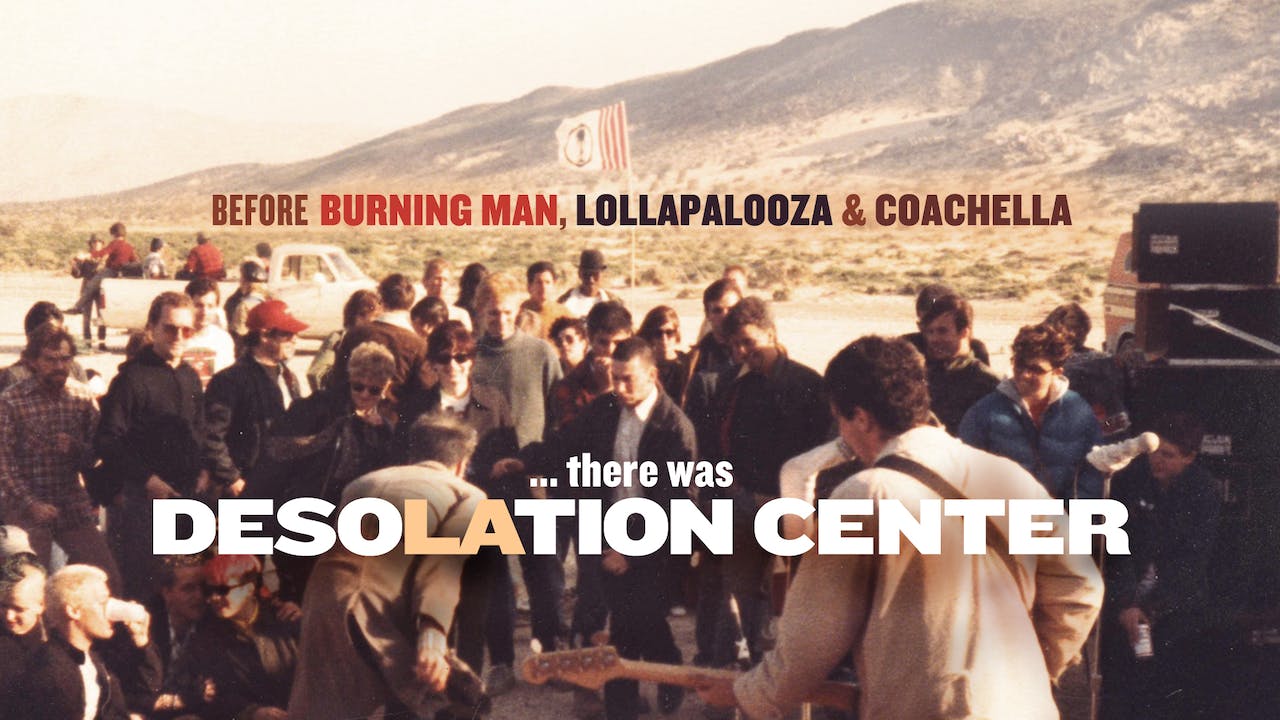 "Offers a fascinating glimpse at the emergence of a phenomenon that was, back then, simultaneously modest and radical..." The Hollywood Reporter

Desolation Center is the story of the early 80s music and art performance happenings in the California desert that inspired the likes of Burning Man, Lollapalooza and Coachella. Directed by the creator and principal organizer of these events, this fascinating documentary splices interviews and rare performance footage to bring to life a time when pushing the boundaries of music, art, and performance felt almost like an unspoken obligation. Featuring interviews with Perry Farrell (Jane’s Addiction/Lollapalooza), Thurston Moore and Lee Ranaldo (Sonic Youth) and Mike Watt (Minutemen/Stooges), amongst others, the film is a wonderful celebration of the outsider artists, curators and musicians who created a hugely influential series of one-of-a-kind events.