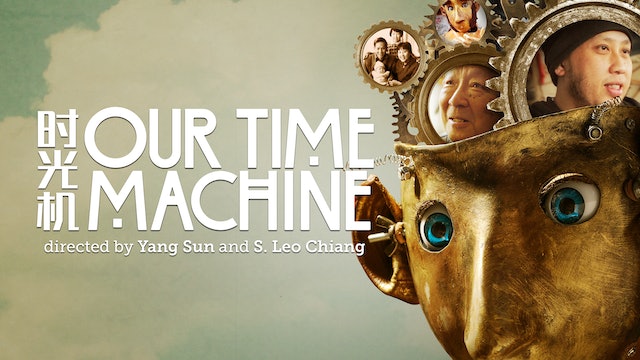 When influential Chinese artist Ma Liang (a.k.a. Maleonn) realizes that his father Ma Ke, an accomplished Peking Opera director, is suffering from Alzheimer's disease, he invites his father to collaborate on his most ambitious project to date - a haunting, magical, autobiographical stage performance featuring life-size mechanical puppets called "Papa's Time Machine". Through the creation of this play, the two men confront their relationship before time runs out and memories are lost forever. Out Time Machine is both an intimate, touching examination of a father-son relationship and an insightful, philosophical look at aging and mortality.