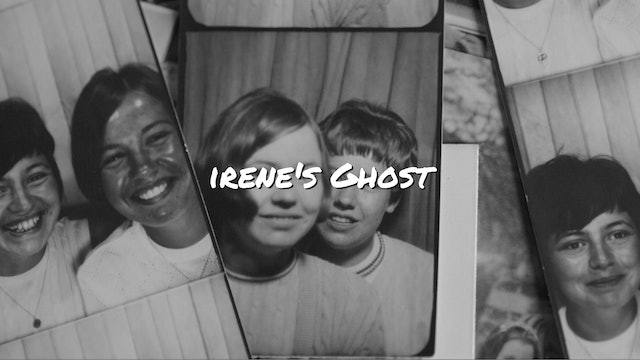 "In his profound, lovely documentary, Iain Cunningham talks to people who knew his late mum – before discovering what happened to her." The Guardian

Irene's Ghost follows director Iain Cunningham's search to find out about the mother he never knew, having died when he was a young boy. Taking an investigative approach, he slowly builds a picture of her life based on conversations with the friends she had in her youth and his extended family. The revelations that are uncovered through the making of the film redefine his perception of her, and provide insights that also enable him to deepen his relationship with his father.